We had low expectations for the backcountry this weekend. The avalanche danger was high, the storm clouds look ominous and most of the Tahoe resorts were closed the previous day due to high winds. The only other option for the day was to stay home and work on the house so we decided to head to the hills despite the dismal weather predictions. Apparently the rest of the world had the same low expectations but didn't have the threat of a house project. We ended up being the only ones enjoying the best snow of the year, beautiful sunny skies and wilderness solitude. We came home completely refreshed and so thankful for healthy bodies and free time.
We did manage to make a little progress on the house this weekend. Denver finished the kitchen island and I painted the dining room. Fortunately the house project doesn't rest on progress made during the weekends. Denver has been putting in long hours during the weekdays and the kitchen and dining room should be completed in the next few weeks. (Our trip to Jackson Hole is going push the completion date back just a bit. Rough life. I know.)

Posted by Chelsea at 8:55 AM No comments:

Posted by Chelsea at 9:53 PM No comments:

Our dreaded journey to LA pick-up appliances turned into a lovely weekend full of sun and family. We spent a morning at San Juan Capistrano one of Denver's childhood haunts.

Posted by Chelsea at 8:26 PM No comments:

Posted by Chelsea at 8:03 PM No comments:

In search of single track

This is the first year in our long lives that we have been the possessors of a season ski pass. The novelty of a ski pass and epic early season conditions have had us up at Squaw Valley at least once or twice a week. Since the ski season started in late November we haven't attempted any other activity that doesn't involve skis and snow.

Well every good thing must pass and so the epic snow conditions that made up December have refused to visit January. As of Friday we were skiing on the same snow we have skied on since new years weekend. Four weeks without a refresh made the ski hills gleaming balls of ice, so we took the weather into our own hands. We decided to pack up the mountain bikes and head to warmer country.

We started out with high hopes and some bad directions from a friendly hiker, and soon we were climbing an incredibly steep fire road up the side of a river canyon looking at the stellar singletrack we could be enjoying - on the other side of the river. Fortunately there was a freeway at the top of the grade, and the freeway had a bridge across the river, and soon we were cruising down the swooping singletrack. 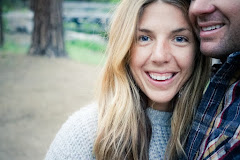